Which countries teach students about managing their money? 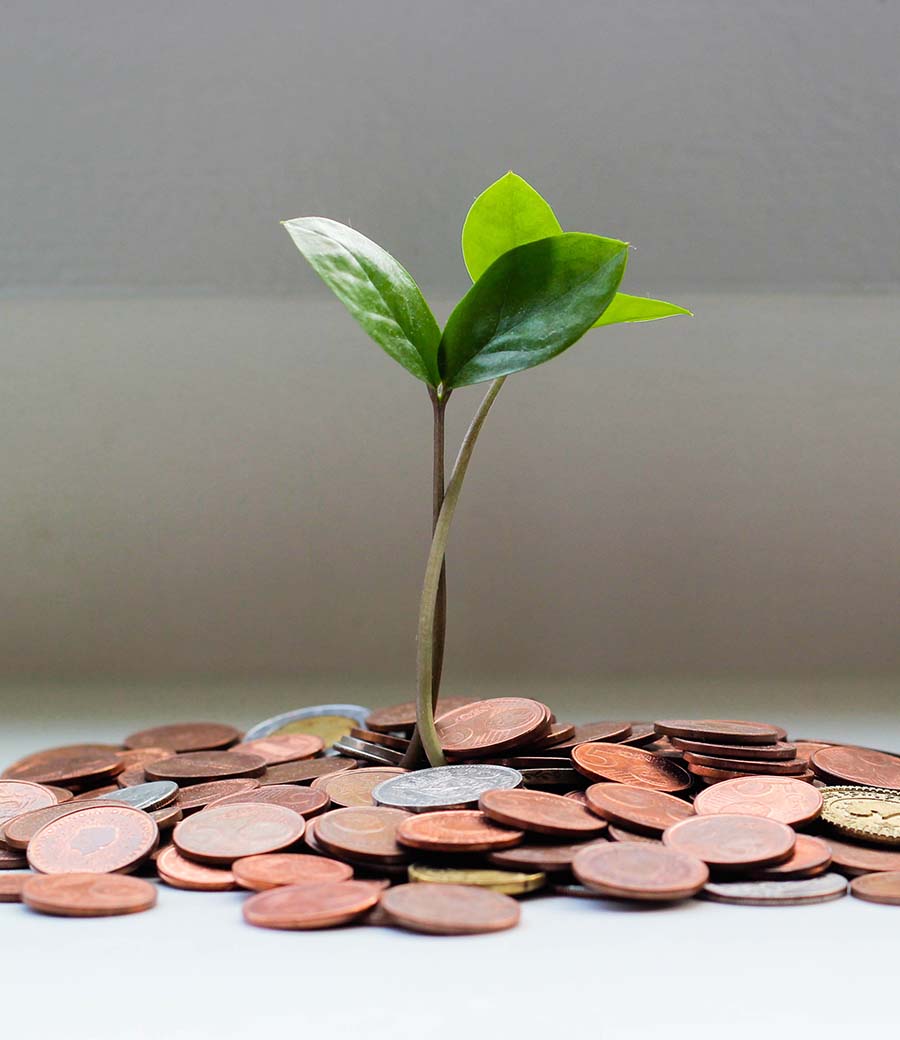 Cycle of boom and bust

At the height of the financial boom of the 1920s, American journalist and humorist Robert Quillen proposed the following definition of living on credit in the good ol’ U.S. of A.:

‍Americanism: Using money you haven’t earned to buy things you don’t need to impress people you don’t like.

Do you find that rings true even 94 years later?
‍
The inverse of this trend would be to invest whatever capital you do have, more or less wisely, to provide financial security for you and your loved ones.

So, how’s that going with two “once in a century” economic downturns in just the past fifteen years?

Answering which countries teach students about managing their money depends how you frame the question. Some possible avenues include:

Regardless of which method you use, some trends emerge. Richer countries, whose citizens have more money, score more highly than poorer countries. The countries with the very highest scores in knowledge of personal finance tend to be prosperous democracies with solid social welfare systems — raising the chicken-or-egg question of which comes first. And while the U.S. may not be #1, it’s not nearly as bad as doom-and-gloom prognosticators would predict, with some positive trends for the future.

Let’s look at some nitty-gritty details.

Europe and Oceania punching above their weight

Like surveys of happiest countries or popular tourist destinations, the countries which include the most financially literate citizens are dominated by Scandinavia, the former colonies of Great Britain, and other democracies. Considering Switzerland’s reputation as an international financial hub, it’s actually good news that the United States is tied with the Swiss at 57% of adults who are financially literate, according to this personal finance site’s comprehensive nationwide results.

Still, 7 in 10 for Scandinavians is a C-minus in terms of grading adults. What does the rest of the world look like on this measure?

Delving into the details of the report, financial literacy trails behind for women, the elderly, and the poor. This fact makes a persuasive case for unleashing the power of educating women, building safety nets for retirees (poverty in seniors in the U.S. declined from half to about ten percent in the 70 years between the Depression and Y2K), and lifting more citizens out of poverty.

A tale of two countries

France has households with consistently higher savings rates than the U.S. The figures below for savings rates are about double in a typical year in the same time period for the U.S., where the saving rate has never been high.

In The Razor’s Edge, a masterpiece set during the post-World-War-I boom and bust years, Maugham captures this American devil-may-care attitude to savings acutely:

You Europeans know nothing about America. Because we amass large fortunes you think we care for nothing but money. We are nothing for it; the moment we have it we spend it, sometimes well, sometimes ill, but we spend it. Money is nothing to us; it's merely the symbol of success. We are the greatest idealists in the world; I happen to think that we've set our ideal on the wrong objects; I happen to think that the greatest ideal man can set before himself is self-perfection".”
― W. Somerset Maugham, The Razor's Edge

Is this French relative financial conservatism down to better education about financial topics? That’s debatable. Let’s expand the comparative financial literacy graph to include France.

Botswana and Myanmar have a tiny fraction of France’s GDP or education levels … which raises the question whether it would be better for an individual to have a passing knowledge of compound interest in Nay Pyi Daw or Nantes — and to score slightly higher on a quiz or to have double the Euros in a secure account.

Where did the kick for including personal finance in the secondary curriculum come from?

Like the singer formerly styled as Ke$ha, the Jump$tart coalition does indeed include a $, but it’s not at all clear it’s an ironic gesture in their case. Started in the ‘90s by the CEO of the Ford Motor Credit Corporation, Jump$tart is a lobbying group with its hands in a lot of pies — including, controversially, partnering with a subprime lender as a sponsor. I’m writing this on the last day of so-called Financial Literacy Month in the U.S. (like Thanksgiving, Canada reminds us they’re in fact separate by celebrating politely, in November), and like a lot of ersatz holiday months, this one has plenty of corporate conflicts of interests pushing it, such as big banks and credit agencies, whose business models depend on burying fees and high interest rates in the footnotes.
‍
Lost in the Discourse about “financial literacy” — a term coined by the very corporations who most profit from a miasma of uncertainty around financial products, including students loans and teens’ credit cards — is the fact that in 2009 Ford, for one, took a $6 billion loan from the Federal government (in other words, we the taxpayers) and … wait for it …

They still have the debt!

During good times, automotive analysts said, Ford could have socked away money and paid off debt in anticipation of bad times. That didn't happen.

"This is now very unpleasant and very difficult," said Elson.

Huh. Maybe before they go scolding teenagers (who respond well to personal finance education by the admission of many studies) for mismanaging their babysitting or lawn-mowing allowance, the Ford Credit Corporation should look at the ten-figure beam in their own eyes.

How not to sell your soul to the company store

Like the cobbler’s children who have no shoes, having an ace understanding of the theory of compound interest or being able to define EBITA, much less making a giant pile of cash in no time, is no guaranteed shore-up against personal financial disaster.
‍
Let’s go back to Kesha, formerly styled as Ke$ha. No, really.

She was an absolute icon of the Great Recession era club-music revival. Whether or not her heavily autotuned music and self-consciously rebellious lyrics bring you back to your college years or make you think that all the Millennial hate really was justified, you can’t deny one fact: Ke$ha absolutely exploded her net worth during a huge economic slump through the sheer force of a pop star hitting the sweet spot of right place, right time.

Frankly, with that level of growth, the CEO of Ford should have been hiring her for financial advice.

She also was a very young professional singer in an industry that has an, ahem, spotty track record on how it treats female stars.

What happened next is a morass of high-profile lawsuits and countersuits (warning: the allegations include assault) between Kesha, as she styles herself now, and her producer that are ongoing and played out against the backdrop of the #MeToo movement.

Regardless of what the courts find in terms of who is legally culpable in this legal battle, I agree with what the critic Amanda Petrusich said in the New Yorker about the reaction of Kesha’s fellow female artists to maltreatment by their workplace:

The ruling [channeled] ambient outrage about the institutionalized sexism so often evident within the music industry.

We can’t all hit up Taylor Swift for a cool quarter million should we be dragged into a legal dispute. But Kesha’s financial and cultural rise and fall took place against a backdrop of a society that especially didn’t value women’s financial independence or literacy.

In the years since, it has, thankfully, become conventional wisdom that, for example, Britney Spears should have legal control over her finances. Women’s fight for independence includes the financial kind.

Remember the three categories of people who scored below others in knowing how to manage their money, both here at home and in France? The poor (who have less money to manage), the elderly (who are past their peak earning years) and … women.

Since we’re unlikely to get a federal pay gap bailout any time soon, the best thing for women — and anyone else seeking to take control of their own finances — is to sit down and get a clear picture of their financial situation. If you’re long out of high school, there are a lot of reputable, free resources, from NerdWallet for adults or Banzai for teaching kids. Basically, financial stability comes down to nuts and bolts — budgeting, living within your means, avoiding predatory lenders if at all possible. But that doesn’t sound like the American way, we’re afraid … but we hope that things are changing, with more and more Gen Zers demanding to be taught the financial facts of life.

How did things turn out for Robert Quillen, the coiner of the tongue in cheek “Americanism?”

According to Wikipedia, there was nothing more American than Quillen’s pouring good money after bad into a doomed passion project:

Despite years of ill health, Quillen continued to smoke and avoid doctors. Meanwhile, he engaged in a "never ending struggle" to make the Fountain Inn Tribune pay its own way. With fewer than a thousand subscribers, the newspaper itself was probably never profitable, but Quillen used the ideas generated in Fountain Inn as the basis for pieces that appeared in scores of leading national magazines and newspapers. Twice, frustrated with the time it took to run the weekly, he sold the paper (notoriously in 1926 for one dollar) and twice bought it back. In 1929, Quillen called the Tribune "my hobby—my substitute for golf."

May we suggest a more health-promoting hobby than smoking and lighting your money on fire, instead? Subscribe to Socratica to develop your number sense and the math mojo you can only get here: after, of course, you hit up Taylor Swift for a small personal loan.