The Need for Phonics + Sight Words 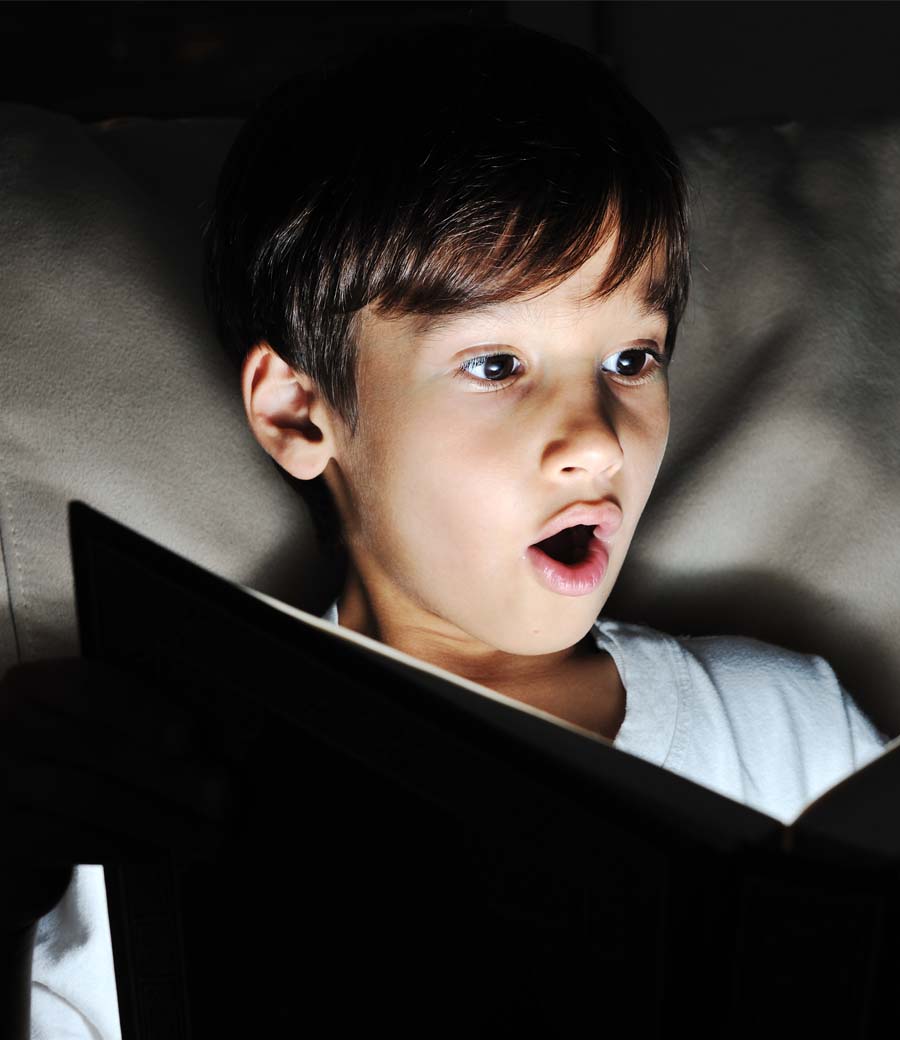 The need for phonics + sight words

During my freshman year of high school, I took a three-part theater course.

During the unit on Movement, Mr. Parmley had us rolling around on the floor and closing our eyes to get in our bodies, because theater ultimately takes place in person, in three-dimensional space. For a dancer, I’ve never had the strongest proprioception (the sixth sense of your own body in space), so it was a useful exercise, even if I felt somewhat self-conscious at first blush.

During the unit on Acting, we had to arrange a scene with a scene partner. Dillon, my lackadaisical partner, could not have had a more 180° attitude from me towards scholastic achievement — and my increasingly panicked badgering taught me valuable skills in negotiation and the adult reality of working with others both on and off the proscenium.

During our last unit, on Speech, I was introduced to the International Phonetic Alphabet — IPA. I instantly fell in love. Foreign languages were my favorite subject (I later won the school’s foreign language award upon graduation which launched me towards a degree in French Literature), but this system of writing unlocked my own native language and writing system — English, normally written with the Latin alphabet — on a deeper level.

IPA can help theater actors know how to tackle what are colloquially known as “accents:” the way your own language is produced in different regions. Take the IPA transcription for a standard UK accent,  for the phrase “on a deeper level:”

Compare this to the standard US accent:

The schwa, ə, is an unstressed vowel that is much more common in English than many of its European cousin languages. (Imagine you’re pronouncing the Italian city of Portofino with an exaggerated cowboy twang — Port-uh-fine-uh — and you’ll hear the schwas.) A British-born actor will not say deepER, with a so-called “hard” R, but DEEP-uh. IPA standardizes this difference by assigning each phoneme a glyph (what you may think of as IPA’s letters).

The “phon-” in telephone, phonograph, cacophony, saxophone, phonetic, and phoneme all come from the Greek word for sound, φωνή (transliterated phōnḗ).

Phonemes are the basic units of IPA. But to understand teaching English through phonics, we need to clear up one common misconception:

ENGLISH IS A LARGELY PHONETIC LANGUAGE.

Yes, it’s true that English has many more sounds than Hawaiian, and has more unpredictable spellings than Italian. However, English is closely related to German, and you don’t hear anyone claim that German is a language with a random or unpredictable relationship to its spelling.

Mark Twain, of course, expressed his view on attempting to learn to speak German with his usual dry wit:

[German] opens its Mouth to cry for Help; but if any Sound comes out of him, alas he is drowned by the raging of the Storm. -The Awful German Language‍

This stereotype goes back at least as far as Pygmalion author Bernard Shaw with his joke that you could spell fish as “ghoti”, because cough ends in “gh” and nation is fully palatalized (more on that later) in some accents.

The problem with these jokes is they’re focusing on exceptions that prove the rule. Over 50% of English words are purely predictable from their spelling, and another 36% are only ambiguous from one vowel. Importantly, that’s knowing how to spell English from hearing it spoken. The band Phish and regular fish are homophones — two different spellings, but sound the same.

If I hear “sandilla” or “sandia” quickly without context in Spanish, I might mix them up. However, I would have no problem reading those words on a sign in Spain on my way to Port-uh-fine-uh.

Likewise, you can sound out words in English from seeing them in black and white. Maybe you pronounce that last color with a strong “hw” at the beginning, or maybe it’s simply “w.” Those are what are called allophones. But no one begins the English word for the color of snow with a “f” or “bl” sound. It’s not random, and when students are taught to sound out English systematically, they become literate at a younger age, struggle less in other school subjects, and even have higher earnings as adults.

A METHOD TO THE MADNESS

Some kids (raises hand) seem to pick up reading very, very easily and quickly. This might give the impression to parents or teachers of reading that any student can learn to read “passively,” without formal instruction, as children (barring learning disabilities) pick up speech. This is simply untrue, and not backed by science. Research shows that all students can learn alphabet-to-sound correspondence, and there’s no shame in students learning to read aloud around Kindergarten.

John McWhorter, one of the country’s foremost linguists, persuasively argues that the sounding-out method of learning to read works. He and his wife are academics, and their children are surrounded by books and printed texts of all kinds, and his daughter did not just “pick up” reading passively. He had to have her sound out each letter: H-A-D. (Make the “huh,” the short “a,” and then “duh” sounds slowly, and then string them together. Compare that to D-A-D. Try it on your nearest pre-literate child and see if the light goes off!) He could supplement this with Socratica videos!

Learning English’s odd system of short and long vowels will also prove useful to students who feel less confident sounding out words. The difference between “B-A-R” and “B-A-R-E,” “P-U-R-R” and “P-U-R-E,” and “B-I-T” and “B-I-T-E” are short and long vowels. The way I learned this was that the final (silent) E makes the first vowel say its long vowel (as heard in the letter names — remember the hookah-smoking caterpillar in Alice in Wonderland? The ‘50s were a different time, but the song can help you learn long vowels!)

Double consonants, as in merry, borrow, and flatter, almost always make the preceding vowel short. Contrast that sound to what the first vowels sound like in here, bone, and fate. As I said, there is a method to English’s madness.

But why so many exceptions?

As McWhorter himself said in the title to one of his books, ours is a magnificent bastard tongue — English, much like Turkish or Mandarin, became a language of empire after having contact with many of its cousins.

If you pick up a work of Old to Middle English from Beowulf to Chaucer, and you can sound out the letters, you’ll notice it sounds more like German or Dutch. This is what English would have sounded like had England (Land of the Angles) not been repeatedly invaded.

Perhaps the most significant invasion for England linguistically was that of the Normans.

Just look how many Latinate words are in that sentence:

“Perhaps” and “most” are nice, solid ancient Germanic words. Time travel to Beowulf, and he could figure it out once you said it a few times. So could a medieval German villager isolated from the printing press. Try sounding them out. They are said like they’re spelled. No silent letters.

Then you get a Frenchified word like invasion. This is where many teachers of reading or harried parents throw up their hands and say, “I don’t know, guess!”

But let’s take a deep breath, dodge any Norman arrows on the battles of the reading wars, and look at it more closely.

You made it from Spain over to Italy. You’re enjoying some delicious margherita pizza and see a Doric arch with this word in the inscription:‍

I have a gut instinct that if you’ve made it this far in the article, this wouldn’t be like seeing an Egyptian hieroglyph or proto-Chinese or Mayan character with no prior context. Those writing systems are not phonetic (the scratches on the papyrus or paper or stone do not correlate to the sounds, any more than the swoosh tells you how to sound out N-I-K-E).

But Latin not only IS phonetic, it’s the language whose alphabet English borrowed!

So French, which really is just badly-learned Latin by leurs ancêtres les gaulois, contributed 29% of its vocabulary to English, and Latin directly contributed 29% more. Significant is a typical example. The German-root word is bedeutsam.

However, children’s books specifically feature fewer Latinate words than adult books because the most (there it is again, M-O-S-T) common words in English come from our German substrate. Make that bedrock. B-E-D-R-O-C-K.

When your child encounters a more difficult, longer word like “linguistically,” encourage them to slow down, sound it out, and then say it quickly. Many of the conventions of spoken English will click once they can master simpler one-syllable words such as C-L-I-C-K. (C and K were borrowed separately from Latin and Greek. You’re welcome.)

No, that’s not Thai, Klingon, or a Unicode error. That’s the phrase “Spelling reform is good” in the Deseret Alphabet. I was introduced to this flawed but interesting precursor to IPA as a child at the local history museums. 1850s Utah was a magnet for immigrants who did not speak each other’s languages, not all of whom were literate in their own languages. The founders of Utah attempted to transcribe English phonetically with an alphabet of their own invention.

Besides the fact that Utah is geographically isolated, something that prevented the innovation from catching on more widely is the difference between a sound in isolation and in sequence. You very likely don’t realize “isolation” as (long) I-S-O-L-(long) A-T-(long) I-O-N. The ending sound is swallowed as a “sh” followed by a schwa, more like an unstressed “shun.”

Palatalization — your tongue is physically touching your soft palate — is not unique to English by any means. However, it’s a level of sound that does not necessarily need to be portrayed in writing except in formal linguistic contexts. Newly arrived immigrants, then or now, benefit more from learning the alphabetic system that’s actually used and then perfecting their speech the way children do — by speaking. Rhyme isolation with lion and someone will correct you. But never learn what the letters mean, and you will be up the C-R-I-C-K, or more formally, C-R-E-E-K, without a P-A-D-D-L-E (doubled letters!).

Here at Socratica, we’re concerned to see that early-reading programs are in crisis, especially where they’re needed most.

Children from low-income or immigrant households start their formal education at a lower level of phonemic awareness on average for all kinds of reasons — including the leisure time needed for reading long texts for pleasure, and the inherent challenges of learning a foreign language, especially if it’s far distant from your native tongue. (I’m a language nut and hardly sounded anything but foreign attempting Spanish in Mexico, much less how lost I’d be in Vietnamese or Xhosa).

Instead of sacrificing children’s futures on the altar of yet another pedagogy war, why not listen to the science and train elementary teachers in phonics, ditch the whole-word method as a myth that doesn’t help any children and actively harms those with conditions like dyslexia, and share phonics resources with kids and their caretakers?

I promise, unlike closing your eyes and really inhabiting the mental space of a seagull flapping your arms as a self-conscious fourteen-year-old among your peers, learning to read English through the phonics method is F-U-N.

May 25, 2022
Inspiration
How Important is Class Size?
Read More